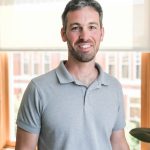 In 2019, We Write Code was approached with the task of building a new feature for Pitchly. Pitchly aggregates disparate information from different tools such as Excel, Word, PowerPoint, and Sharepoint, making information easy to catalog, find and then reintroduce as data-infused Word and PowerPoint documents. Their new requested feature would essentially take the existing client data and merge it into user-provided Word Document templates containing special markup. This project extended Pitchly’s feature offerings, adding value to their platform and allowing them to market their product to more organizations.

As a first step, we conducted a brainstorming session where we were able to have a better understanding of Pitchly’s undefined technology requests. Through these sessions, we guided clarification and expanded on the specifics of how they wanted the finished product to exist. Collaborating closely with Pitchly led us to quickly arrive at a refined technology solution. Pitchly was pleased with the end product, which was comprised of a feature that took their existing clients’ data and merged it into Word Document templates that the user provides.

The product that we developed at We Write Code is a Meteor application that integrates into the main Pitchly UI and connects to their backend MongoDB database through a GraphQL API layer. The user uploads a Word Document into the application that contains specialized markup and that document is stored in Amazon S3. When a document is generated, the application pulls the data from the main Pitchly app and feeds it into the template using an npm package called ‘docxtemplater’. The docxtemplater tool takes in a word document along with a JSON representation of data and does the job of replacing the markup in the word document with the data provided.

Delivering Ahead of Schedule

Releasing this new feature allowed Pitchly to increase the revenue of current clients as well as attract new customers. We Write Code provided a valuable product in a shorter time period than expected. This quick turnaround put Pitchly in a valuable position. Triumphantly, Pitchly was able to see the return on investment of the new feature within the first two months of working with us here at We Write Code.

“From our first conversation, We Write Code focused on how they can deliver value for Pitchly and our clients. We tasked them to prototype a new feature which was delivered within budget and ahead of schedule resulting in an immediate upsell opportunity for us to generate 250% of the amount we invested in its development within 90-days of its release.  Needless to say we will continue to work with We Write Code on this feature, and we have two more projects planned for them this quarter.“