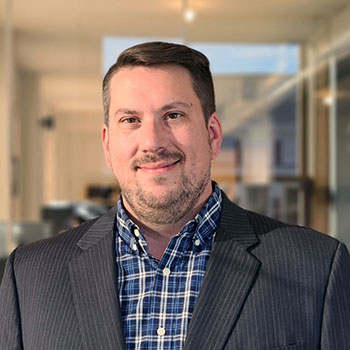 With the craft brewing industry’s seemingly unabated growth in recent years (over 3000 new craft breweries opening since 2010), there are many support industries which have been able to cash in on this $23.5 billion market. Malt suppliers, hop-growers, and tank fabricators, are the first that come to mind, but all this fresh beer has also created the need for solid software products to keep brewers efficient and their customers informed and engaged.

On the production side, brewery-specific software can help:

In the consumer facing arena, tech innovation has been creating:

Breaking it down in two sections, productions side and consumer facing, here are a just a few of the startups and companies carving up this lucrative market.

On the Production Side:

At We Write Code there is always a special place in our hearts for Brewd, after all, we helped build it! Brewd is scaleable order management, inventory tracker and delivery router rolled into one. Brewd supports Quickbooks integration for billing and invoices, and has a keg tracking module available. It is competitively priced based on output and is ready to scale as the brewery grows. A brew-tracking/cellar component is planned. If you are a small to mid-size brewery looking for a software solution that’s mobile friendly too, check it out!

Ekos_brewmaster is another popular choice for managing the many concerns of a growing, to established brewery. It has a full production feature that follows the brewing process from grain to glass, complete with a graphical representation of the brewhouse. Ekos_brewmaster integrates with Quickbooks, tracks inventory, manages tax documentation and supports a sales teams in the field. Prices available on request.

OchrestratedBeer has two different deployment options, a cloud based monthly service for breweries producing 30k bbls annually or less, and custom deployment for larger breweries. I have not personally used OchrestratedBeer unlike Ekos_brewmaster and Brewd, but from what colleagues have said and the information on their website, it appears they have a wide range of features available. From multi-process production to the esoteric subject of ‘tank-blending’, their website should provide more than enough information to help you make an informed decision. Their prices range from $500/month to ‘enquire within’.

These are just a few of the companies trying out there trying to allow brewers to worry about making great beer and less about paperwork.

For the Customers and Fans:

Home brewing is how many professional brewers got their start (myself included). It prepares you for the rigorous cleaning that is about 70% of a brewer’s day.  Unless…. you end up going for one of the new high-tech self contained countertop brewing systems offered being offered up by several startups (Did someone say “self-cleaning?”). They aren’t cheap (think $2000 ish for the top tier units), but can you put a price on happiness?

PicoBrew’s Pico countertop brew system can make unfermented beer in 2 hours using just purchasable PicoPaks and water (That’s fast). They also offer another model called Zymatic which allows for more customization, larger batch sizes, and has been used by breweries to prototype actual production brews. There is a marketplace where you can purchase beer recipes from well-known breweries, or make your own.

Brewie makes a sleek all-grain brewing machine. The unit is Wifi connected has a built in touchscreen display. It also has supporting software dashboard that lets you monitor the progress of the brew as well as store recipes, socialize with other brewers and much more. Brewie reads an RFID card which is included with each recipe, so it can perform the correct brewing steps for a given beer. There is a lot more to it, and it seems loaded with cool features.

The smart tasting paddle has arrived! FliteBrite, hailing from Des Moines, IA is bringing education and clarity to the beer sampling experience. They aim to solve the problem of confusion that is all too common when ordering a flight of beer samples. The display on each of their serving paddles indicates where each beer is located on the paddle and information about it, while collecting analytics for the proprietor at the same time. The paddles are setup and monitored using a custom app powered by Untappd. Analytics for the owners, knowledge and fun for the customer, and less hassle for the servers. Everyone wins. Live long and taste smart!

Untappd is a social beer drinkers app. It can find local breweries and taprooms to explore, as well as which beers are trending in your area or globally! It can notify you about local beer events and even get you home safe, with a ride-finder feature. There is a social element also where you can share your beer experiences and earn badges for doing all the hard work of drinking great beer.

Another cool feature (to a developer at least) is Untappd’s API is available for public use, within reason of course. The app is available on Apple and Android.

There are lots of great apps and services built for and around craft beer industry that I didn’t have time to mention. If you know about something cool I left out, leave a comment. If you have an idea of your own and would like some insight into what it would take to build, shoot us an email. We would love to hear from you.